The Toronto Housing market is still going strong, despite grim economic conditions in other parts of the country. According to TREB president Paul Etherington, Greater Toronto Area REALTORS® reported 3,120 home sales through the Toronto MLS system during the first two weeks of February. This is a 14.9 per cent increase compared to the same period last year. Additionally, there was a slight increase of new listings entered into the Toronto MLS system. Although it was only 3.5 per cent higher than last year’s number, it is still an improvement considering the lack of active listings in the GTA. 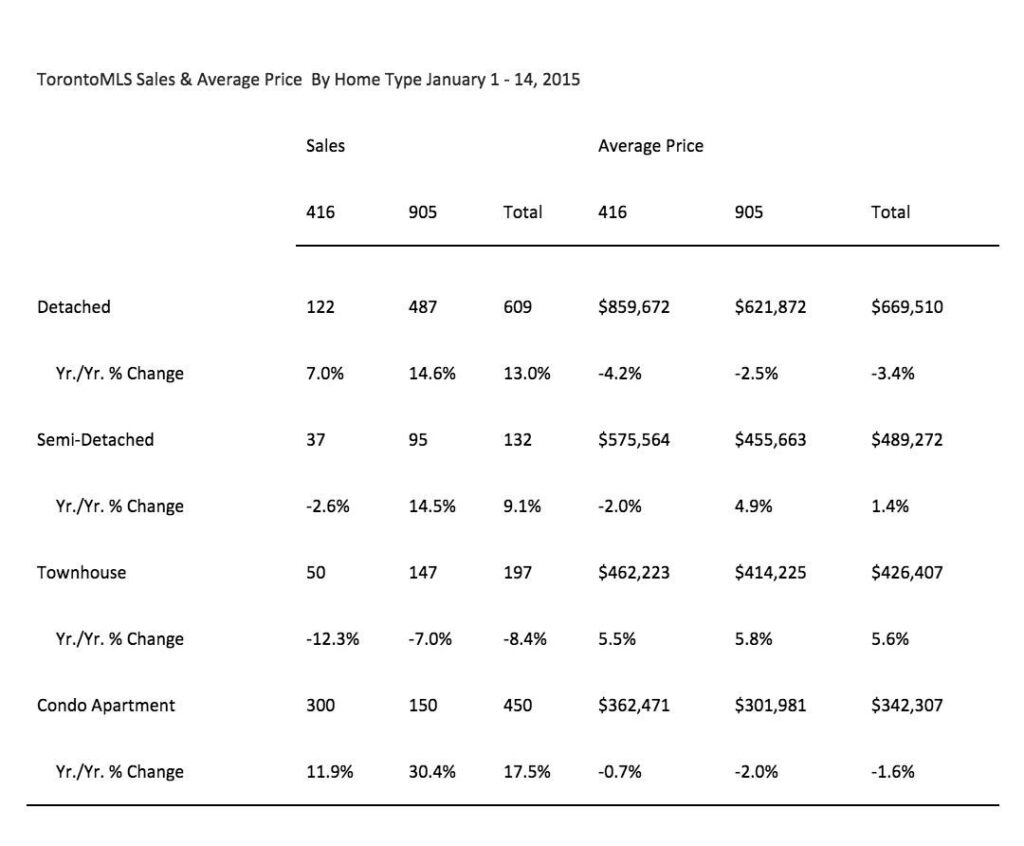 The average selling price of a home in Toronto was recorded at $602,110 for the first half of February. High housing costs don’t seem to faze buyers, however, as borrowing costs are at record lows. Borrowers also have more options as many small lenders are competing with Canada’s major banks; some offering 5-YR fixed rates as low as 2.5 per cent.

With the majority of buyers leaning toward low-rise purchases, including semi-detached and townhouses, the surge of ‘micro condos’ in the downtown core offer first time buyers a less expensive entry-point into the market.